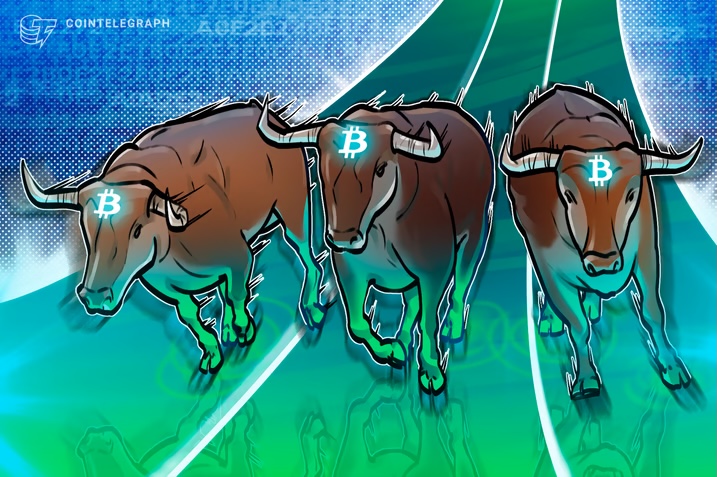 Why is Bitcoin price up today?

Bitcoin price is up today after the stock market’s start-of-year rally continued and as investors hope this week’s CPI report will show a reduction in inflation.

Bitcoin price is up on Jan. 9, and a market-wide rally in crypto prices has some investors hopeful that the year-to-date high at $17,348 is a sign that

After th continuation of last week’s rally in equities markets, a cooling U.S. dollar index (DXY) and positive developments in the cryptocurrency market have translated to Bitcoin remaining above the key $17,000 level

A primary catalyst for the rally appears to be the positive economic data which showed nonfarm payrolls beating expectations. Equities traders are also reacting by driving prices higher on the hopes that the positive data spurs less aggressive Federal Reserve interest rate hikes at the Federal Open Market Committee (FOMC) meeting on Feb. 1.

The stock market is also flashing green, with the Dow and S&P 500 posting their best weeks since November 2022. As reported by Cointelegraph, Bitcoin’s price action remains closely correlated to U.S. equities and today’s rally is no exception to the trend.

Here are a few reasons why Bitcoin price is up today.

Since Bitcoin price rallied to $18,000 on Dec. 14, 2022, the open interest on BTC futures contracts has been surging. The price has not recovered from that December high, but it has gradually risen since the Dec. 19 monthly low at $16,476. Data from Coinglass shows that 58% of open BTC options are long rather than short.

Short liquidations directly help to push Bitcoin price higher by forcing automated buying. On Jan. 8, 2023 $130.25 million in BTC shorts were liquidated, the highest amount since Nov. 9 and this may have helped in boosting Bitcoin price.

The FOMC begins meetings on Jan. 31 with a decision on interest rates expected the following day. The positive economic data results may impact the FOMC decision and put further pressure on open shorts. Investors are looking towards the Consumer Price Inflation (CPI) report on Jan. 12 for more details on the potential Fed decision.

Longer-term data is in Bitcoin’s favor, according to market analysts

Investors’ confidence in the crypto market could also be rising due to their belief that the United States Federal Reserve could roll out smaller-sized interest rate hikes throughout 2023 due to signs that the Fed’s strategy is working.

In the Fed’s statement, the possibility of a policy shift remains open and tied to inflation:

“The Committee anticipates that ongoing increases in the target range will be appropriate in order to attain a stance of monetary policy that is sufficiently restrictive to return inflation to 2 percent over time. In determining the pace of future increases in the target range, the Committee will take into account the cumulative tightening of monetary policy, the lags with which monetary policy affects economic activity and inflation, and economic and financial developments.”

According to CME Group, a derivatives marketplace with a global benchmark product that estimates interest rates, shows those increases may be lower than previously anticipated in the near future.

The graph points to a possible slowdown in the interest rate hikes. The public sentiment shows that future rates may fall and investors believe that this has created the possibility for a broad crypto market recovery.

Another positive sign for Bitcoin price is the cooling U.S. dollar index (DXY). Historically when the DXY retracts, sentiment for risk assets like Bitcoin increase.

The S&P 500, Dow and Nasdaq provide a general overview for the economy. Currently, Bitcoin and the major stock indices share a high correlation coefficient.

Therefore if interest rates ease and the economy grows, Bitcoin could continue to rally with a bullish equities markets. The better the macro climate, the better for Bitcoin price.

While Bitcoin price is showing some bullish momentum in the short-term after positive economic data, the larger challenges of centralized exchange insolvencies, concerns of Binance’s reserves and potential contagion stemming from Digital Currency Group’s legal issues could place a damper on BTC’s current rally.